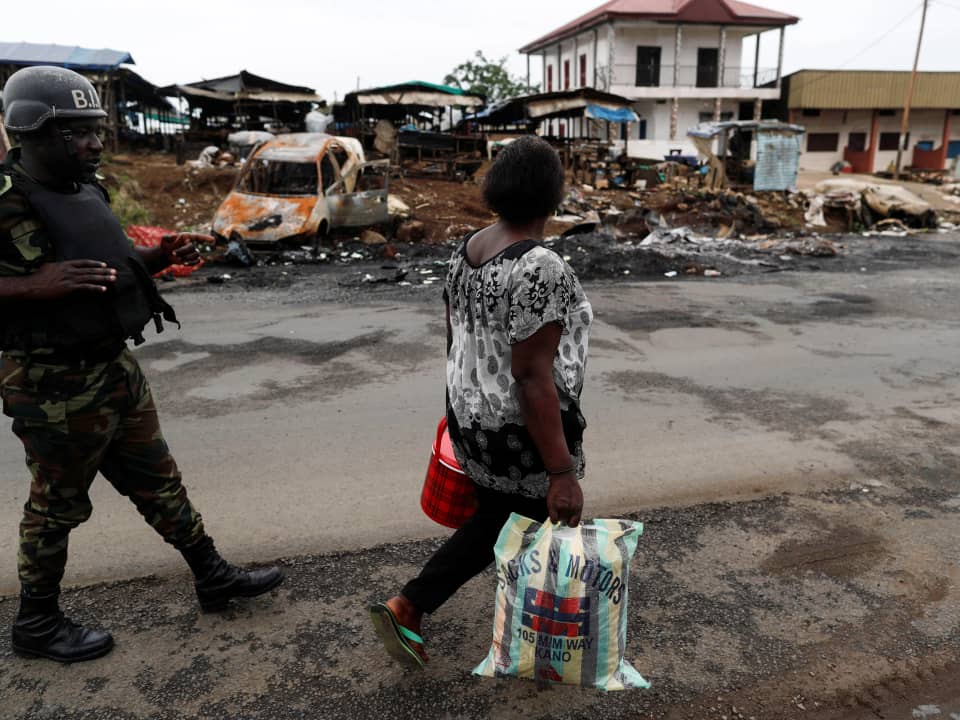 While the conflict-hit North West and South West regions of Cameroon have witnessed relative calm over the past weeks, the violence is far from over. Fabrice Lena, Secretary General of the Popular Action Party, PAP has presented a timeline report of the armed conflict in the month of November, revealing that close to ten persons were killed in seven different instances and others injured.

“On November 3, the CDC worker who had been abducted on October 25 was executed by separatist fighters in Menja… On November 3, Ambazonian commander, General Gideon (born Chamberlain Ntou’ou Ndong), was reportedly killed by Cameroonian forces along the Kumba-Buea highway,” he stated in a social media release.

“On November 5,” he went on, “Ambazonian soldiers shot and killed a businessman commonly known as King Boy in the Mbessi neighborhood in Bamenda.”

He also highlighted the demise of self-imposed ‘General’ Basile, reported to have been arrested on November 10 by the Nigerian police in Kurmi, Taraba State. The list also included a Cameroonian soldier who according to reports was shot dead by separatist fighters in the North West region, November 15.

“On November 24, a civilian was killed in an armed attack in Awing, Santa. On November 27, three separatist fighters including ‘General Fire of Bamuka’ (born Etienne Njoya) were killed in an operation lauched by Cameroonian forces in Bamessing, Ndop,” he added.

The deaths add to thousands recorded since the Anglophone crisis morphed into an armed conflict with civilians paying the highest price. Tens of thousands remain displaced, with thousands of kids out of schools and many families shattered.  To date, government and separatists have been unable to find common ground.