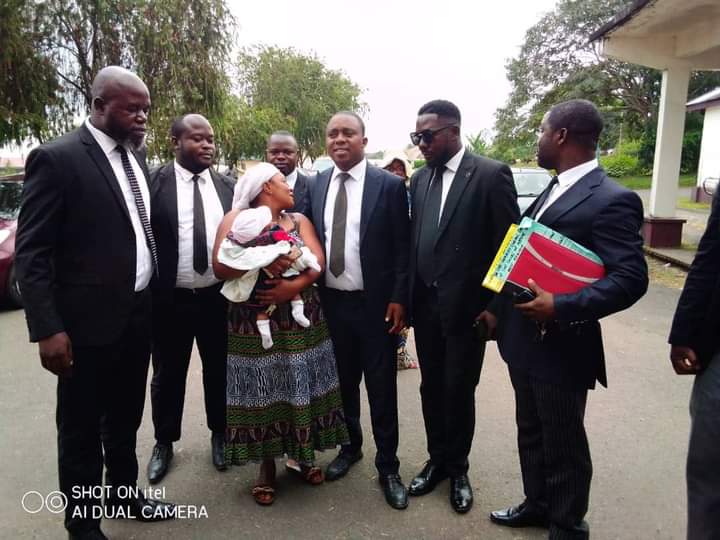 The trial of Kongso Antoinette Gohla, ex-lover to separatist fighter, Mbashie Clement aka General No Pity kicks off in open court tomorrow December 29, 2022.

Her trial comes over 14 months after she was arrested and detained in Buea, South West region, by soldier and traditional ruler, Chief Ewome John who goes by the moniker, Moja Moja.

Barrister Tamfu Richard has described the open court session as “another battle”, following struggles by her legal team to have her released on bail after she was arrested.

Antoinette who was heavily pregnant at the time of her arrest and later put to birth while being detained, is accused of failure to report acts of terrorism and will be tried at the Buea Military Tribunal.

The case it should be noted, has attracted a lot of attention from the civil society and human rights institutions. Beyond the charge levied against the nursing mother, some civil society institutions cite it as a classic demonstration of the treatment Cameroon metes out on its citizenry and womenfolk in particular.

The incommunicado detention of the 30-year-old the Centre for Human Rights and Democracy in Africa (CHRDA) stated, “constitutes a gross violation of her right inter alia to legal counsel of her choice, and casts serious doubts on the fairness of the entire investigation process.”

“Her complaint against the atrocities of Chief Moja Moja through her lawyers have never been entertained,” he added.

Antoinette is one of hundreds arrested and detained in connection to the armed conflict in the North West and South West regions of Cameroon. Rights groups have cited a slow judicial process as well as non-respect for certain regulations as major obstacles with processing those arrested.