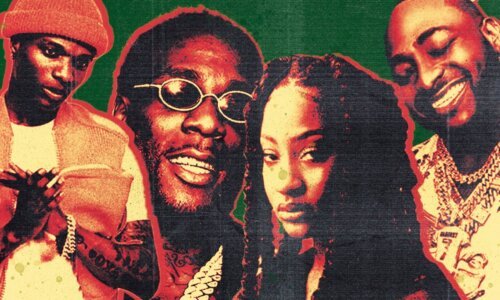 The general reaction is celebratory – African music is taking over the world and changing the way the rest of the world looks at Africa and Africans in a positive light. In 2012, Davido was barely getting any respect in the U.K even though he was already one of the biggest artists in Africa. Fast forward to today, Afrobeats is the fastest rising genre of music in the world and Burna Boy is one of the most booked artists worldwide selling out arenas back to back. For every one that has been rooting for Africa, the world’s underdog, this is such a great moment to be alive.

Those sentiments are however the RollingStone and Pitchfork versions of the story. Yes, Africa is winning from a global perspective but when you are on the ground, the success of Afrobeats is leaving a bittersweet taste in different countries across Africa.  For the average music consumer, this is a great time for African music with many break out stars coming out of Nigerias Afrobeats scene especially and going global.  For non-Nigerian artists, Afrobeats is a knee on their neck.

In the case of Cameroon and Kenya, two comedians have taken it upon themselves to campaign against the influx of Nigerian music in their respective countries. Their approaches are different and both approaches are proving to be rather unproductive or not sustainable. In Kenya, popular local comedian, Eric Omondi, is targeting the government – pushing for more legislation that will force media outlets to feature more content from local artists.

In Cameroon, another popular comedian, CY International, is taking his fight to the people, the fans and consumers. CY believes the people must actively decide to or be forced to listen to local content by any means possible. Knowing he will not be able to get through to the government officials, he has taken it upon himself to police local influencers – coercing them to promote local content creators and also to make original Cameroonian music which he believes is the only way Cameroonian artists can compete with the Nigerians.

In arguments, many will reference Nigeria for having taken similar actions in the past which led to what we are now witnessing as a boom in the entertainment industry in Nigeria. In fact, this year, Nigeria announced another one of such moves – banning the use of foreign models and voice over actors in commercials to be aired in Nigeria. The move the government argues is in line with the federal government’s policy of developing local talent, inclusive economic growth, and the need to take necessary steps and actions aimed at growing the Nigerian advertising industry.

In most cases, that legislation exists to a certain degree albeit with a lack of systems for enforcement. Omondi, in Kenya, is asking the government to push the quota for local content from 40% to 80% while in Cameroon, CY is asking for the quota to be pushed from 60% to 80%.  With the current quotas not being respected, many do not see this being a solution.

There was a time when Nigerian artists were drowning in American music. The systematic push back on foreign media which many believed helped boost local content creators was not done to promote local content creators. It was a sweeping political move by Abacha that saw the suppression of foreign media. The artists just happened to benefit at the expense of other things. That to me still  does not account for the global phenomenon that is Afrobeats, at least not directly in my opinion.

The rise of Afrobeat is because Nigerian artists started looking rich and cool. That is the simple answer. You can argue that if artists in other countries get more playtime, then they’ll automatically get rich. To that I will counter that, view by view and play by play, Franko should probably be the richest Cameroon artist right now but he is not. The Nigerian artists got rich not only because their music was being played. They got rich because they understand the music business, both the show and the business. The cool comes with exposure which Nigerians definitely have more of. It took Don Jazzy, D’Banj, Tiwa, and a host of others who had lived abroad and know first hand the power of branding to come and take what 2 Face and P Square had started.

Many have argued that Nigerias success with Afrobeat is dues to its large population. The population argument does not really hold water. If that was the case, the entertainment industry in Kenya will be toe to toe with that of South Africa but it is not. Kenya and Tanzania have almost the same population but Tazanian music is dominating in Kenya.

It all boils down to branding and the COOL factor. The world turned its sights on Nigeria when 2 Face, in 2005, won the first ever MTV Best African Act award for his song ‘African Queen.’ That stamp of approval did a lot for Nigerian artists and started a rollercoaster of events that have led us to where we are today. The Nigerians did not ‘DULL’ on the opportunity as they would put it. They capitalized on it and used it to open up the floodgates for more Nigerian acts. Nigerians understood that with the door open, they could not come in as beggars. They showed up like Kings from Africa, getting a royal welcome into the west furthering the Coming to America brand.

I happened to be in university in the U.S at that time. Akon was helping bridge the gap and propagating the narrative that Nigerian artists are making more money than American artists. Tales of his receptions in Squareville in Nigeria were making the rest of the world pay attention. Mind you, Akon was one of the biggest stars in the world at the time with an artists like Lady Gaga under his wing. His voice was huge and he basically endorsed Nigerian artists and made them look cooler than his American mates. He continues till this date to do it.

Three times since 2013, Cameroonian artists have had a 2 Face moment, a moment when they could have seized the opportunity to make the brand Cameroon strong. I won’t name the moments because this is not an attempt to point fingers at people. The fact is that those people did not take advantage of the opportunities, even for themselves, not to talk of for the industry in general. The reason is obvious, Cameroon since lost it brand. The brand Cameroon has since become “Paul Biya Biya, Notre president.”

Akon keeps reminding us to NEVER underestimate the power of branding. Nigeria has brand which is summarily “loud, fearless, and plenty.” In music you can take that at look at the brand Fela or Burna Boy. Cameroon has a brand or should I say had a brand. It was “Class, substance, and that X factor.” That X factor is what Roger Mila represents. Deep work , you will find in Richard Bona’s or Manu Dibango’s work.

As I have demonstrated with the examples of Nigeria and Cameroon, every country has a brand and global success and recognition is achieved when that brand is well managed and publicized. Nigerians used their extravagance to  attract the attention of the western world towards their music. Inviting American celebrities and giving them treatment only diplomats get in America helped sell the brand Nigeria to the west. Naomi Campbell showing up with Wizkid at the GQ Awards in 2018 is just one of those moments that helped put respect on the name of Nigeria. The rest of the world now knows Nigerians as cool people and that how they receive their music.

I have been around when celebrities from other countries are visiting Cameroon. All you see is that we have truly lost our class and we now hang on empty pride which many of those celebrities from outside can easily fish out. I see top Cameroonian artists wearing Versace designs with D&G logos on them. And you want to hang out with Burna Boy, and disgrace who? If you are going to wear brands, educate yourself on the culture and know what you are wearing. Even the stylist don’t spend much time getting to really know about brands, fashion and trends.

We have a large segment of so called influencers that continue to make a case for us to abandon our class and deep work and try to become loud and vulgar as a means to compete internationally and that is the mistake we are making. We can never be louder than Nigeria. We can be more sophisticated especially since we are divided culturally.

Right now an artist like Lydol will get more respect than Ko-C internationally.

If we must have a place, we must go back to the drawing board. So meanwhile Nigerians want to be the social prefect, we play what we have always been professors. And in life, we all know many of us have gone on to be richer than out professors but we will always give them respect.

This is my opinion and it is not up for debate. I am not an elected official.