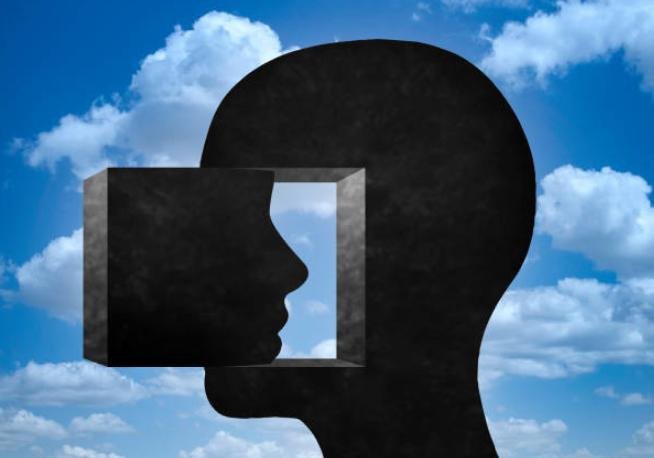 One thing which the homo Sapien specie is so proud of is their ability to reason and be logical. We’re above the animal species and have self-declared ourselves as the most intelligent specie to walk the face of the earth which is cute. It’s like some amazing gift of creation we were privileged to have. So, we find people taking offense whenever they are likened to an animal because our reasoning places us on a higher pedestal.

However, in this part of the world, one can’t help but question if all of us were truly bestowed with the logical reasoning gift. Logic is often straight and accurate so one would expect a specie with logical thinking to exhibit such qualities. Yet, consistent portrayal of certain tendencies does nothing but tell a whole different tale. Here are some of the reasons why.

1) 𝙏𝙝𝙚 𝙩𝙮𝙥𝙚 𝙤𝙛 𝙞𝙣𝙛𝙤𝙧𝙢𝙖𝙩𝙞𝙤𝙣 𝙬𝙚 𝙘𝙤𝙣𝙨𝙪𝙢𝙚: One would assume that a logical mind would be mindful of where their attention goes to and what kind of information they consume because information is programming and programming is who we are. One would also be mindful of how useful such information is to them. Yet it’s normal that soap operas have more viewers than news presentation and educational documentaries. It is normal that entertainment and gossip blogs have more followers than educative blogs. The scale is tipped greatly to the other side. This doesn’t say entertainment et al don’t have a place, but which great society was built on gossip and entertainment?

2) 𝙏𝙝𝙚 𝙣𝙪𝙢𝙗𝙚𝙧 𝙤𝙛 𝙥𝙚𝙤𝙥𝙡𝙚 𝙬𝙝𝙤 𝙘𝙤𝙣𝙩𝙞𝙣𝙪𝙤𝙪𝙨𝙡𝙮 𝙚𝙣𝙙𝙤𝙧𝙨𝙚 𝙋𝙤𝙣𝙯𝙞 𝙨𝙘𝙝𝙚𝙢𝙚𝙨 𝙙𝙞𝙨𝙜𝙪𝙞𝙨𝙚𝙙 𝙖𝙨 “𝙣𝙚𝙩𝙬𝙤𝙧𝙠 𝙢𝙖𝙧𝙠𝙚𝙩𝙞𝙣𝙜”: In less than two years we have seen the rise and fall of a good number of “Grande network marketing” schemes. Each one always realer that the last one and always welcomed/hyped by all. Promises of overnight riches, many members and very few make it. That should sound an alarm to any logical mind, yet we can’t say so for our people. Everyone is always the next rising billionaire.

3) 𝘿𝙤𝙞𝙣𝙜 𝙩𝙝𝙚 𝙨𝙖𝙢𝙚 𝙩𝙝𝙞𝙣𝙜 𝙖𝙡𝙬𝙖𝙮𝙨 𝙖𝙣𝙙 𝙚𝙭𝙥𝙚𝙘𝙩𝙞𝙣𝙜 𝙙𝙞𝙛𝙛𝙚𝙧𝙚𝙣𝙩 𝙧𝙚𝙨𝙪𝙡𝙩𝙨: Now that I’m writing about it, we might think it’s impossible but a great deal of us operates like this. Being logical means that an undesired result will cause a review of the method because you can’t want 5 but keep adding 2+2. A logical mind should notice at the least that the method is faulty. Yet here we are, a proud specie, unable to have desired results but keep using the same methods.

4) 𝙊𝙪𝙧 𝙖𝙩𝙩𝙞𝙩𝙪𝙙𝙚 𝙩𝙤𝙬𝙖𝙧𝙙𝙨 𝙡𝙚𝙖𝙧𝙣𝙞𝙣𝙜: In a universe as large as ours, learning is an unending process. There’s just so much to Know, explore, analyze, document etc. To make the best out of our environment and thrive we must effectively understand it and that’s only possible through learning. Reading books, watching documentaries, researching et al. Yet a majority of us do not employ a single learning method in our lives. We do not care about the very basis of our existence, clearly self-destructive and we claim we reason logically?

5) 𝙊𝙫𝙚𝙧𝙝𝙮𝙥𝙞𝙣𝙜 𝙤𝙪𝙧 𝙖𝙗𝙞𝙡𝙞𝙩𝙞𝙚𝙨: Nothing is as blinding and misleading as false/altered perspectives. For a species that functions greatly on mind programs, it would be illogical to believe in what is not because the illusion fills in for reality but fails in due time. It stalls growth as well and no right reasoning person would set themselves up for failure in such a way. Yet we are always mostly in that category.

6) 𝙁𝙞𝙣𝙙𝙞𝙣𝙜 𝙩𝙝𝙞𝙨 𝙖𝙧𝙩𝙞𝙘𝙡𝙚 𝙤𝙛𝙛𝙚𝙣𝙨𝙞𝙫𝙚: The reckless use of emotion is something only instinctive species do. See how a mother hen attacks you for simply being at close proximity to her chicks without any intention of harm. Logic keeps emotion in check and ensures their proper use. Logic requires that if you’re found wanting, you simply take the lesson and adjust, if you’re not concerned you take a reminder and either share because good things shouldn’t be hidden, or you smile and move along. Anything else is fitting perfectly into the shoe.

The list could go on and on, but the essence of this article is to bring our consciousness to some abnormalities that we have made normal. Logical reasoning might be present but using it is completely up to us. Reasoning isn’t primary, instincts are which makes me think of reasoning as a product of evolution. Perhaps if we know that we fall short, we can do something about it.

FINAL FIGURES OF YAOUNDE LANDSLIDE SET AT 15 DEATHS, AND 4 SURVIVORS 0