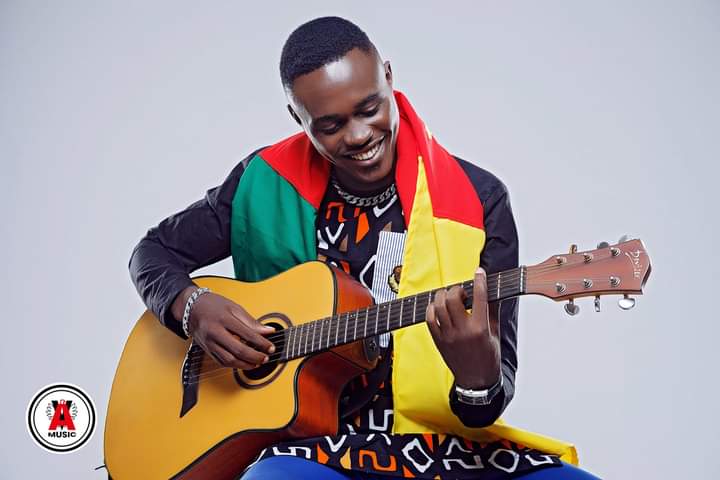 Many of us got to know him just weeks before the World Cup but he has left a mark not only on Cameroonians but on the entire world. Many people from other countries joined him in subways, hotel lobbies, and on the streets singing “Cameroon oyeee.” The orphan from Akonolinga became a national treasure for a moment that I hope can last beyond the World Cup.

I saw one A-list Cameroonian artist offering to collaborate with him as if to say he wanted to give him an opportunity, whereas he has already created more global impact than the said artists. It was actually laughable because the artist talked about meeting Vanister before in Cameroon and being impressed by his artistry. I then ask myself why he did not propose to collaborate with the guy back then. Story for another day; but there are many young artists that are doing well, looking for that cosign from the big-name artists but are stuck on the call my manager hotline.

When I saw the list of influencers that were handpicked to support the Lions in Qatar, I wore a smirk on my face as I thought “influencers under the influence” – a summary of my opinion of who is called an influencer in Cameroon. Two days after the influencers landed in Qatar, I declared that Vanister was the only one fit for such an assignment. You did not have to be a genius to see that.

His talent is improvisation, what rappers will call free styling. With the most basic guitar chords strummed without any demonstration of mastery of the instrument, the world got to enjoy his real-time storytelling with no emotions left out. He sang the pride of Cameroonians, our journey to the World Cup, the brotherly love on the continent, and the sports’ competitive spirit, seasoning it all with a little trolling. He is so good that none could resist. If he sang in English, he would have been a worldwide sensation right now.

All the other influencers that made it to billboards before Vanister went back into their shells to make way for real talent that was sure in place of their vulgarity. They had to come together in a group and dance to Ko-C’s luk me I luk you to safe face. They went to Qatar to entertain Cameroonians with the same things they have been doing at home. So, Qatar benefitted them only and not Cameroonians by extension which was or at least should have been the aim.

One of the more popular influencers was lost for words and resorted to insulting people from other countries on the streets. All the opportunities to learn English that were skipped because Cameroon is a continent came laughing as he resorted to insulting people in his dialect. A friendly but probably ignored reminder that French is spoken only in Paris and 14 of the least developed nations in Africa.

Vanister went to Qatar with a brown guitar and is returning with a black one. It could only have happened outside Cameroon where value and popularity are less confused. I remember watching one of the Canal D’ors where the First Lady sat through performances of the likes of Locko and Magasco and only took to her feet when Nyangono hit the stage. What an endorsement I thought. Then we wonder why being the class clown is the goal in Cameroon.

Vanister will probably hate that I am pitching him against his colleagues. Peace and harmony seem to be his nature while I prefer to make people uncomfortable as a means to force them to reflect on change. All those who went to Qatar have enormous potential but this idea that Cameroon is a continent is what has put them in a corner where internationally, they have nothing to show. The world stage is not for local heroes and that was made clear.

That said, If I had to select the influencer to go to Qatar, I will have unpopular names like Caleb Karawa whom I believe could do like a really interesting Vox pop. No one was out there asking “Cameroonian Jellof or Ghanian Jellof?” I am sure they were mostly busy looking for whom to take a selfie with. Vanister had a plan. I am sure Mr. Chantal had a plan. It was all good until he reached Qatar and realized carrying his box of kook and bobolo around will not make him a fool only in Cameroon. He leaned on Vanister to salvage his plan with one or two of the worst episodes Vanister put out. Vanister politely saw that that was a set up for a drawback and had to move on. Mr. Chantal was stuck with his shorts and had to join the girls on Tik Tok dancing luk me I luk you.

I write this to encourage those people who are doing deep work and being ignored in favor of people whose vulgarity supersedes their talent; people who have made vulgarity a talent. I can tell you; only real music (or anything else) is going to last. All that other crap is here today and gone tomorrow. We have a nation to build, not a city of clowns.