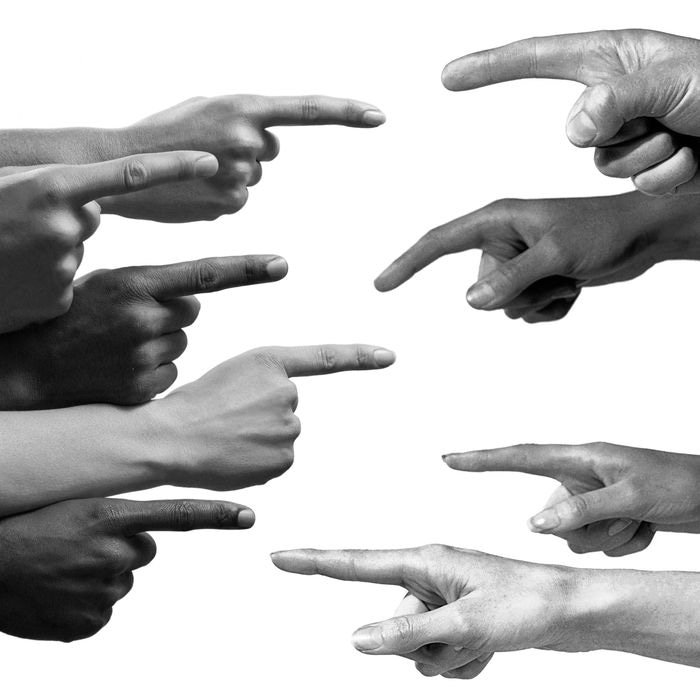 One thing we can all agree on is the fact that our country is failing us, we suffer from a bad system and life isn’t funny for an average Cameroonian.

We all can point fingers and apportion blame at any time, it’s a skill we have successfully mastered and often use.

Few days ago, I was sitting in for a concours, and my hall had what I otherwise considered as an “annoying invigilator”. He read out examination modalities and promised to execute them to the latter. He was suspicious of every one of us.

It was of course great to try and prevent examination fraud but deep in me I laughed because we all knew somehow his efforts made no difference. Fraud or not, the system as we all know was corrupt from within. So why bother about a student cheating when probably some brainless fellow already bribed their way in?

Yet once again I was reminded of “the Cameroonian Problem”, blaming everybody and nobody takes responsibility. It’s always the other person. The last time I went in for ENAM common law I had this discussion with some fellows and told them I can’t pay my way into a system because then I’m part of the problem, fostering a toxic unending cycle. One of them who had strongly been condemning the system prior to my stand told me that “when everybody buys and I can afford and I don’t buy it’s my loss, I can’t sacrifice my well-being to bring about change”.

That’s the Cameroonian mentality, when we’re not involved its corruption, when we are involved its connection. Even worst is that the reality of an honest civil servant isn’t a very pleasant tale, because resources are directed to as many “individual pockets” as possible. Then again, it’s the system.

Before anything becomes a collective issue, it first of all starts with individuals. We complain about corruption but won’t hesitate to engage if we can afford, after all it’s the system to be blamed not us.

We put in little effort to anything because after all you can only buy your way through. It’s needless to work hard because merit has no place in the system of buying and selling. Yet buying and selling are choices made by individuals. You know without demand there’s no supply, consistent supply of a thing signifies the presence of consistent demand. That’s “consumer power” either cripple the good or encourage its production. Do we really then have no choice than to keep demanding and buying?

We want development but go in for jobs we have no plans of executing. Write a concours and secure a spot then never show up, get a ‘matricule’ and travel abroad. Get into Enam so we can position ourselves in areas of unmerited cash flow. Over thousands of Cameroonians going in for concours simply to get a ‘matricule’, most have no interest in the field of study and no intention of service attached.

Eventually we become workers who come late to work and close early, keeping people waiting, we frustrate others at any chance because they’re in need. We become middlemen in the corruption process, we charge for services that are otherwise free. It is the system we may say, but a system solidified by individual role.

Very rarely do we come across Cameroonians who are ready to break the chain and end the cycle. Of course, it’s the system, we easily say and evade anything that requires us to own up to our part played.

When you dare to be different, you are labeled “difficult, over sabi, show show” and it always ends in something like “ei go chill small time”. Such confidence in the power of wrong exhibited by a people who cry for change is disturbing.

Are we truly ready for the change we so badly desire?

Loading...
Newer Post
YAOUNDE: WHY AVENUE KENNEDY HAS BEEN PARTIALLY BLOCKED FOR ONE YEAR NOW
Older Post
MINISTRY OF AGRICULTURE TO PRIORITISE WHEAT PRODUCTION IN EXECUTION OF 94.8 BILLION FCFA BUDGET FOR 2023