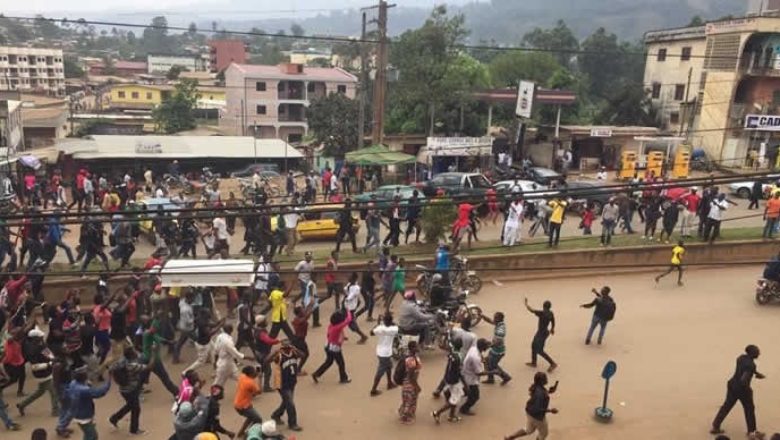 Today November 21st marks 6 years since the crisis started. I remember the lawyers March and the teacher’s strike that followed. Schools were stopped and everyone was excited. I was very pained when classes didn’t stop for us in Ngoaekelle.

It was an exciting time to be alive, Anglophone Cameroonians finally developed a voice, change seemed to be just around the corner. The police brutality didn’t seem to shake us. The consortium came up and social media reporters kept us posted.

Then the discord came in, the arrests followed, the brutality got worst, young girls were raped, the government was playing denial games. Where the consortium failed, the Diaspora came in, a government was created, we saw a president, a new flag and a new anthem. The grievances of teachers and lawyers became a people’s need for sovereignty.

Military cracked down on us, the arrests continued. Before we knew it a defense force was created, and night fell upon us. They picked up arms to defend their people. We welcomed them, fed them, supported them and they turned on their own. Settling individual disputes, torturing their own, kidnapping their own, demanding huge ransom’s. Untold evils were being unleashed upon the masses.

School doors sealed, innocent life’s lost to stray bullets, others killed in cold blood, houses burnt, roads destroyed, development slowed, we became IDP’s in our land, a status that somehow translates to helplessness. Ngarbuh happened, Kumba happened, all these ended up summarized to hashtags and articles.

The blame game continues, while others continue to benefit from the misfortune, assumptions and speculations about the future, our future seem to be all we have. Heart’s broken, minds tortured, towns destroyed. Home is now a minefield, dreaded and avoided by many.

Could all this just be collateral damage?
Where are we headed to?

Is there hope?
Is it really worth it?

These and many more run through our minds as we look to the future.

WIZKID’S LOSS & THE PROBLEM WITH THE GRAMMYS 0