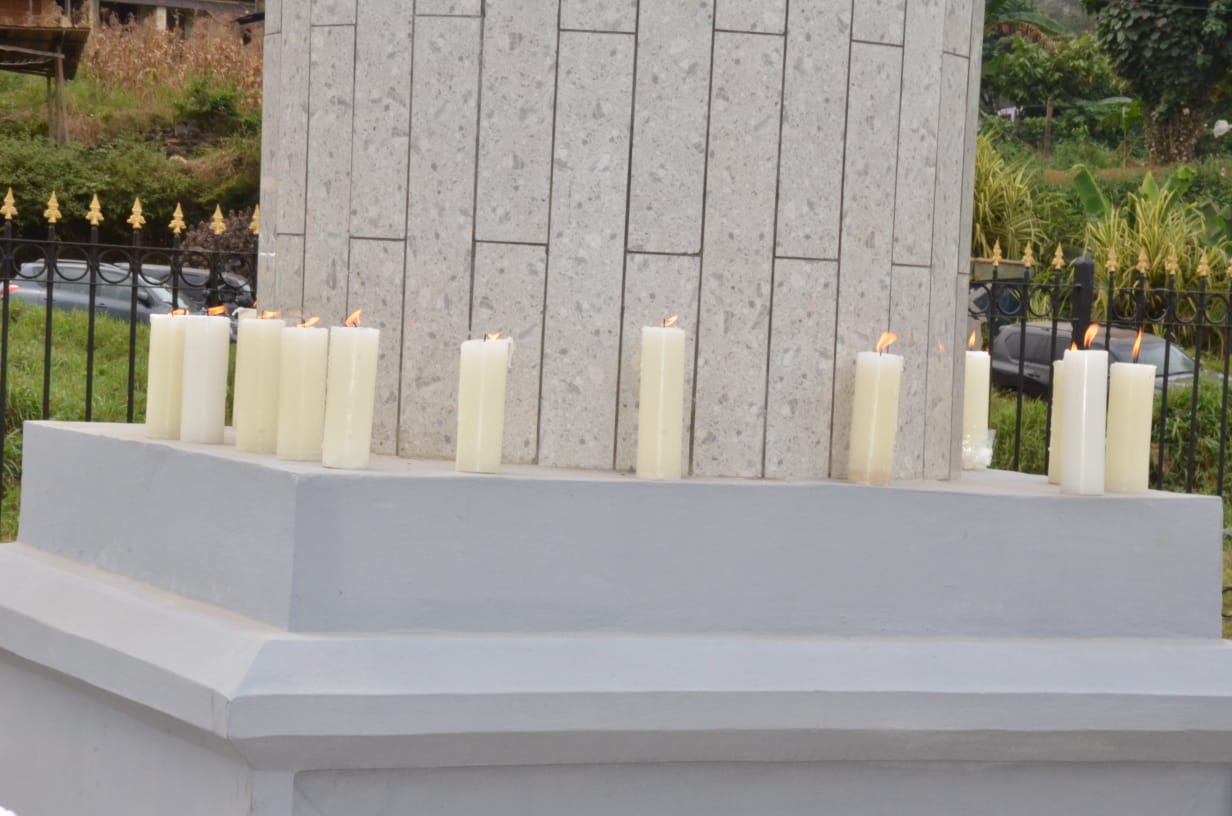 Six years after a train derailment in Eseka, Centre region of Cameroon, government has erected a structure in honour of the close to 1000 victims.

The stela was inaugurated on December 16, 2022, by Cameroon’s Transport Minister, Jean Ernest Massena Ngalle Bibehe accompanied by some government officials. Engraved on it, are names of 76 victims and four unidentified.

The incident it should be recalled, happened on October 21, 2016, when a passenger train derailed near the Eseka train station. Earlier rains had cut off circulation by road between Yaoundé and Douala, causing more passengers to opt for the train ride.

Later reports indicated that the railway enterprise, Camrail had added eight more wagons to its 152-wagon train to sustain the customer increase, worsening the derailment.

In September 2018, two years after the incident, a court declared that Camrail and 11 of the 14 individual defendants were guilty. Subsequently, they were convicted for “dangerous activities and involuntary manslaughter”.

Among the convicted was Camrail’s former chief executive, Didier Vandenbon who was handed a six-month jail sentence. Others received three to five-month-long sentences and three of the accused were acquitted.

Massi Ngakele, a lawyer for one of the victims had said the ruling was befitting and reassuring for victims. “It’s a historic day after a time of tears. Now is the time to hope,” he said.

The trial happened after a 2017 government inquiry declared Camrail, a subsidiary of the Bolore group, mainly responsible for the incident. Among others, it cited overload, over speeding and defective brakes.

The Presidency allocated one billion FCFA to assist victims. Two years later, the Prime Minister’s office made public a list of 744 victims eligible for indemnities from the incident.

After five years of remodeling, rail authorities again attempted to entice users to return to the service. On July 1, 2022, Camrail relaunched its passenger train service, dubbing it the ‘Express Train’.

Meant to ply the Douala-Yaoundé railway line, it was to have five major stops along the way and provide railway comfort to passengers like never before.

Less than two weeks later however, the train appeared in the news for the wrong reason again. On July 11, 2021 in Eseka, a Camrail cargo train experienced a breakdown on the railway, impeding traffic flow. Passengers were compelled to continue their journey to Yaoundé by bus.