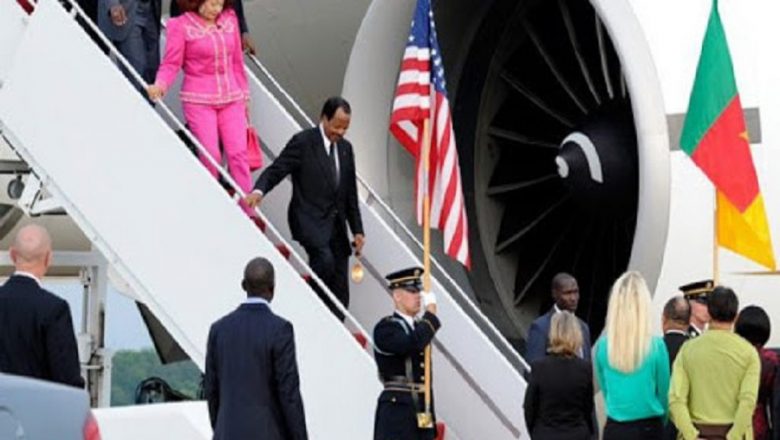 “I also thank our partners for their multifaceted support, and particularly, the United States of America for its decisive action in prosecuting those who help to finance terrorist activities in Cameroon from abroad. I urge other friendly nations to follow suite so that the resumption of development activities can be accelerated in the said [Anglophone] Regions.”

These were the words of President Biya regarding the Anglophone crisis, as he addressed Cameroon, December 31, 2022.

Citing the security situation back in the North West and South West regions, he thanked the armed forces for their service and urged locals to continue cooperating to root out separatist fighters.

President Biya’s appeal to foreign nations follows a recent crackdown in the USA on separatist apologists and leaders over the past weeks. In early December, 2022, three Cameroonians based in the American country were arrested and charged for their role in coordinating armed attacks back in Cameroon.

They were indicted by a grand jury in the state of Missouri which charged them for conspiracy to provide support for kidnap and Mass destruction in a foreign country – Cameroon.

Few days later, the homes of Chris Anu and Eric Tataw too were raided by security agents. Reports say they were questioned on a range of issues on the Anglophone crisis too.

The crackdown on separatist leaders in the USA, it is believed, constituted one of the key reasons for President Biya’s recent participation at the US-Africa Leaders’ Forum in Washington.

President Biya who has greatly curbed traveling in recent years, made it a point to attend and actively partake in the summit.
With the regime’s long-time dream of having foreign nations crackdown on separatist supporters in their nations coming to pass, it goes without saying that President Biya was not ready to leave any stone unturned to get the job done.

With the USA well on course now, some European and even African nations are expected to follow suite.

Nigeria it should be recalled, had extended a hand of support to the Biya regime in the early years of the armed conflict in the North West and South West regions, when it allowed for the arrest and extradition of Sisiku Ayuk Tabe and other separatist leaders who later came to be known at the NERA 10.

To date, they remain jailed at the Kondengui prison in Yaounde serving life jail terms and with hefty fines.

CAMEROON & THE POLITICS OF EMPTY SYMBOLS 0