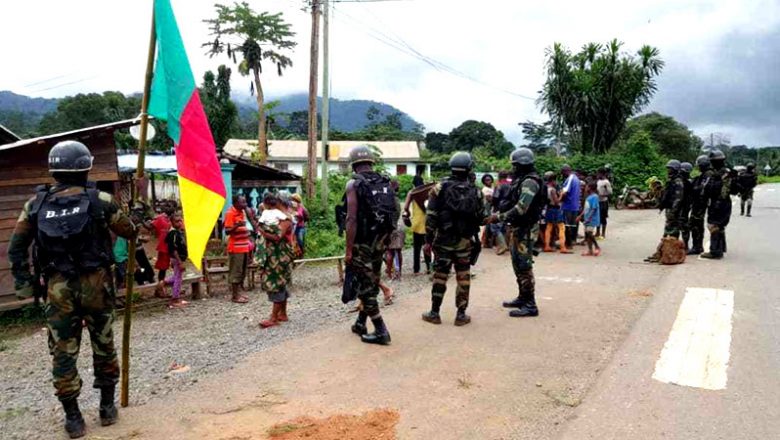 A few days to the New Year, North West governor, Adolphe Lele Lafrique has reiterated government’s position with regards to separatist fighters in the Anglophone regions of the country.

Assessing the situation in his region of command, the administrator told state media, Cameroon Tribune the security situation continues improving thanks to locals who share intelligence with security services.

“Many security operations have been conducted successfully in many parts of the region and the border areas, but we still have some hotspots that are under investigation and operations are still going on,” he explained.

He went on: “if you compare this year to last year, the situation has evolved positively.” Governor Lele cited among others, the return to their homes of many who had fled the armed conflict, as well as the improving level of execution of the public investment budget.

His greatest desire, he stated, is for separatist fighters still in the bushes to lay down their arms and join the Disarmament, Demobilization and Reintegration (DDR) centers available to them.

“Those who refuse and continue to confront our security forces will be dealt with accordingly,” he warned.

However, the picture painted by some rights and civil society institutions of the situation on ground, is not as pretty as government’s official version.

In multiple instances, violence on civilians by the men of the law has been brought to the fore, with the justice process raised to question.

Key among them is the Ngarbuh Massacre of February 14, 2020 in the Donga Mantung Division. Soldiers stormed the said locality, leaving 21 civilians dead. Among the victims were 13 kids.

The massacre happened few months after the 2019 Major National Dialogue where government resolved to pursue a different approach to the armed conflict, giving the Anglophone regions Special Status.

Government it should be noted, has maintained its position of striking separatists and reintegrating those who give up their arms.