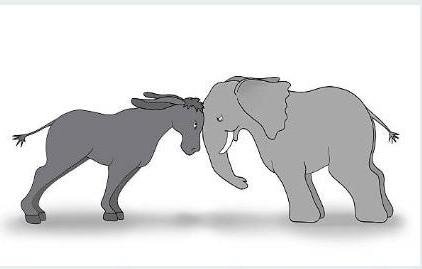 In our context, disagreements do not live up to their true potential.

There is not a single day that goes by without us finding something we disagree with. Some disagreements we verbalize, others we simply internalize. The media space has become a great platform for widespread verbal disagreements (beefs and vawulence).

As far as my not very old self remembers, disagreements have never been a good thing, or so i thought. Keyboards and screens have given us voices that in person would otherwise be hushed. A little unfortunate but since we have to deal with each other we might just as well do it right. What is a disagreement?

A disagreement is defined simply as: “a situation in which people have different opinions”.

From my experiences, I would deny the above definition. How can it just be difference in opinions? People get insulted, people get angered, people get frustrated, people get desperate, people get slandered, images get tarnished, reputations get ruined all in the name of disagreements.

How and why do a cultured people, an educated people, a reasonable people stoop so low over a difference in opinion?

Having different options is okay because we’re different people, with different perspectives, shaped by different experiences and different levels of exposure. Somehow, we will always see things as we are not as they are and two people are never the same.

So, if disagreements are not a means to growing our fragile egos in all the ways I mentioned above how useful are they?

𝘿𝙞𝙨𝙖𝙜𝙧𝙚𝙚𝙢𝙚𝙣𝙩𝙨 𝙜𝙞𝙫𝙚 𝙧𝙤𝙤𝙢 𝙛𝙤𝙧 𝙞𝙣𝙨𝙞𝙜𝙝𝙩: In a normal scenario where two people share different opinions, the realization and the points to expatiate the opinion that follows are a great way to gaining insight about both the person and the opinion. Sometimes we disagree because we don’t have the full picture and that disagreement can help complete the picture.

𝘿𝙞𝙨𝙖𝙜𝙧𝙚𝙚𝙢𝙚𝙣𝙩𝙨 𝙜𝙞𝙫𝙚 𝙧𝙤𝙤𝙢 𝙛𝙤𝙧 𝙞𝙢𝙥𝙧𝙤𝙫𝙚𝙢𝙚𝙣𝙩: Gaining insight can either reveal things unknown or expose a lack on either part. Such exposure will push a normal thinking person to grow to be better.

𝘿𝙞𝙨𝙖𝙜𝙧𝙚𝙚𝙢𝙚𝙣𝙩𝙨 𝙛𝙤𝙨𝙩𝙚𝙧𝙨 𝙝𝙖𝙧𝙢𝙤𝙣𝙞𝙯𝙚𝙙 𝙜𝙧𝙤𝙬𝙩𝙝: In situations where individuals see one thing from different angles, it permits for a way forward that captures every idea. Every opinion counts and contributes to growth in its own way.

𝘿𝙞𝙨𝙖𝙜𝙧𝙚𝙚𝙢𝙚𝙣𝙩𝙨 𝙗𝙪𝙞𝙡𝙙 𝙤𝙪𝙧 𝙘𝙤𝙣𝙛𝙡𝙞𝙘𝙩 𝙢𝙖𝙣𝙖𝙜𝙚𝙢𝙚𝙣𝙩 𝙨𝙠𝙞𝙡𝙡𝙨: Most wars and out of hand situations always start with a disagreement and before long it degenerates into full blown chaos. Dealing with disagreements constructively will build our conflict management skills.

To be able to achieve these and many more we must constructively disagree which is an art most of us have to master.

𝗙𝗼𝗰𝘂𝘀 𝗼𝗻 𝘁𝗵𝗲 𝗼𝗽𝗶𝗻𝗶𝗼𝗻 𝗻𝗼𝘁 𝘁𝗵𝗲 𝗽𝗲𝗿𝘀𝗼𝗻: Most disagreements are ego driven and we disagree because we have issues with the person not the opinion. Who does this person think they are, they aren’t fit to hold such opinions etc. Some of us can’t disagree as well because of the person involved.

𝗗𝗶𝘀𝗮𝗴𝗿𝗲𝗲𝗺𝗲𝗻𝘁𝘀 𝘀𝗵𝗼𝘂𝗹𝗱 𝗯𝗲 𝗯𝗮𝗰𝗸𝗲𝗱 𝗯𝘆 𝗿𝗲𝗮𝘀𝗼𝗻𝗮𝗯𝗹𝗲 𝗰𝗼𝘂𝗻𝘁𝗲𝗿 𝗶𝗻𝗳𝗼𝗿𝗺𝗮𝘁𝗶𝗼𝗻: We can’t just disagree because we feel like it. You can’t counter an opinion without providing a valid opinion of your own in its place, that’s witchcraft.

𝗖𝗵𝗼𝗼𝘀𝗲 𝗮𝗻𝗱 𝘂𝘀𝗲 𝘁𝗵𝗲 𝗿𝗶𝗴𝗵𝘁 𝘄𝗼𝗿𝗱𝘀: Most disagreements escalate before they even start because of the words we use. You cannot disagree and challenge or nullify the other’s opinion. Most of us either attack or attempt to stupefy people. We all know that never ends well.

𝗧𝗮𝗸𝗲 𝗻𝗼𝘁𝗵𝗶𝗻𝗴 𝗽𝗲𝗿𝘀𝗼𝗻𝗮𝗹: Again, it’s only an opinion and you are not your opinion. An attack on that opinion shouldn’t be an attack on your person. Do your best to keep your emotions in check, any disagreement where emotions mix always goes out of hand.

𝗦𝘁𝗮𝘆 𝗰𝗼𝗻𝘀𝘁𝗿𝘂𝗰𝘁𝗶𝘃𝗲: Disagreements are not avenues for battles, everyone is entitled to their opinion so it mustn’t be welcomed by all. Defend your opinion without raising chaos.

𝗞𝗻𝗼𝘄 𝘄𝗵𝗲𝗻 𝘁𝗼 𝘀𝘁𝗮𝗿𝘁 𝗮𝗻𝗱 𝘀𝘁𝗼𝗽: Truth is not everyone is worth bantering with. Some people are not at the same comprehension level, they’ll never get you. Others are projecting, you shouldn’t be their board.

Everything under the sun is subject to questioning, adjustment and evolution.