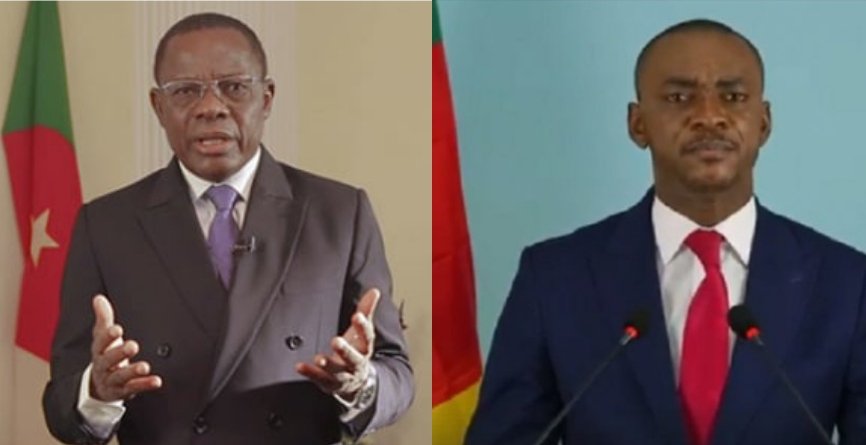 Opposition politicians, Prof Maurice Kamto and Cabral Libii have in two separate addresses to the nation, painted a grim picture of Cameroon’s future, as well as the country’s lapses of 2022.

The leaders of the MRCand PCRN parties respectively both delivered end of year addresses today December 31, 2022, same as the head of state, President Paul Biya.

While President Biya was praising his government and citing infrastructural projects slated for 2023, Prof Maurice Kamto on his part was predicting doom if urgent action is not taken. 2022, he told his followers, “put our country to the test and announces an even more difficult 2023.”

The challenges building up, he said, are a result of the “disastrous social and economic situation in which the regime in place is sinking our country”.

President Biya in his address, cited steady financial progress including limiting inflation to acceptable levels and a 3.8% growth rate, up from 3.6% in 2021. The MRC’s Kamto however, noted that the real figures that matter are an eyesore, and in dire need of attention.

“For more than three years,” he stated, “our country has again been placed under the financial supervision of the IMFD as during the dark years of the structural adjustment plans.” The deficit of trade balance, he added, has continued to widen. Kamto who was declared runner up in the 2018 Presidential election also cited multiple challenges that remain unchecked including food insecurity, border incursions, the microbes in Douala, and violence in the school milieu.

“These multiple facets of insecurity have revealed the notorious incompetence of government to guarantee Cameroonians the tranquillity necessary for their development,” he stated.

In the same vein, Cabral Libii in his end of year remark faulted government for failing to address the issues that matter, like the production of national Identity Cards. He also addressed the political situation in the country, proposing dialogue as the only way forward.

“Sooner or later,” Cameroonians, he said, “will have to do away with the post-colonial state and build a successful decentralisation around a state that federates our identities inspired by federalist philosophy that best suits a society as diverse as ours.

Cabral who too is member of parliament urged government to revise the electoral code, and Cam,eroonains, to reise against the idea of having president Biya succeeded by his son.

“My fellow Cameroonians, if we remain inactive, these rulers will overburden us with their inconsistency and condescension will perpetuate themselves in power. It has been long that our future is no longer of concern to them they have compromised it and they want to continue compromising it by staying in power,” he warned.