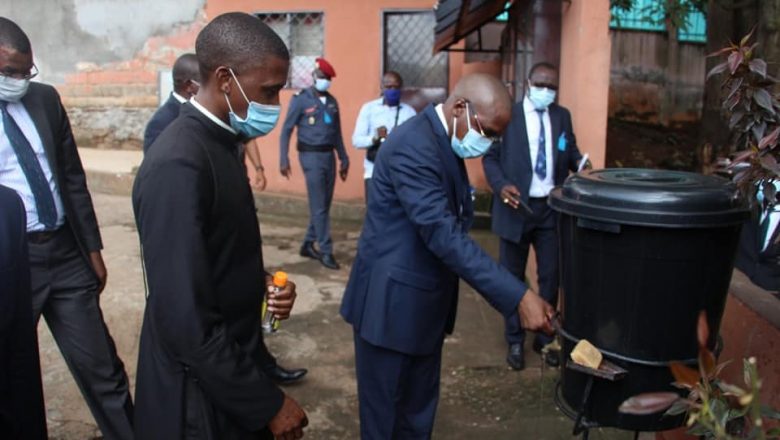 Cameroon’s Covid-19 story is a hard one to tell.

One of the virus’ peculiarities was the strain it put on the healthcare system, exposing the loopholes and laying bare even the thinnest strands that characterized the lack of humanity embedded in the system.

Even a 479 billion FCFA (circa $777 million) three-year Global Response Plan could not cushion all the shocks.

Just when the nation thought it was recovering from the virus, a bigger virus struck hard. In the heat of the pandemic, the International Monetary Fund (IMF) made available to Cameroon two loans amounting to over 208 billion FCFA ($382 million).

Months later, civil society and opposition politicians raised an alarm, asking that an audit be conducted before a third loan was approved.

Back in 2020, the Social Democratic Front party had also intimated that the process of awarding some Covid-19-related contracts in 2020 during the height of the pandemic, had failed to meet standard procedure.

Still in 2020, rights groups pressured government into investigating another sum of $40 million donated by citizens to help the state combat the pandemic. President Biya himself contributed the sum of $1.8 million FCFA to the fund.

The Health Minister, Dr Manaouda Malachie explained that government had spent over $40 million already to purchase and distribute protective and preventive gear to civilians. PM Dion Ngute, he added, had ordered an investigation.

In April 2021, President Biya created a new task force to head the Covid-19 response answerable to the Secretary General at the presidency, Ferdinand Ngoh Ngoh. Still, Cameroonians itched eager to know what happened to the IMF figures and all other funds meant for the pandemic.

In May 2021, multiple ministers were screened by the Supreme Court and a special tribunal regarding the initial 126 billion FCFA ($252 million) IMF funds disbursed. But it was till later in the year that the audit report of the Special Solidarity Fund to fight Covid-19 was officially published by the Audit Bench of the Supreme Court.

Among others, it outlined clearly that “the management of drug contracts by MINSANTE appeared to be suspicious”. Among others, it cited untraceable stocks, purchases partly not in line with standard protocol, and a missing stock of machines worth 536,400,000 million FCFA.

Overbilling of 15.57 billion FCFA for screening tests, controversial sale of 15,000 rapid diagnostic Covid-19 tests by the ministers of Public Health and Territorial Administration, double contract payments and more also made the list of irregularities.

Pursuant to these, the Audit Bench stated that in accordance with the 2018 law on the Fiscal Regime of the State and other public entities, it had decided to open 14 proceedings for mismanagement.

Many had expressed hopes that in 2022, the lines would be set straight and the guilty brought to book. But many months later, everything appears to be ‘back to normal’.

The lone reminders left to many, are the empty buckets at the entrances to buildings as well as empty hand sanitizer dispensers clinging to walls.

Mismanaged Covid money and perpetrators? Nowhere to be found. At least, not yet.